So students, how is it going?
Please pay attention to your topic sentences. They need to directly address the question and provide information that will be substantiated by the rest of your essay. Remember: only 1/2 page, typed, single-spaced for each short-answer essay.
Key themes to remember about these two chapters
The West deals with adaptation and technology (i.e. barbed wire, windmill, dry farming, silos); role of women as a significant aspect of the family economy (i.e. she was in charge of egg production, and work on the farm). Hence, women will often get the right to vote in western states long before the 19th Amendment (i.e. Wyoming, Iowa, California).
The New South is about Limited urbanization (i.e. growth of some cities), and industrialization (factory system). The largest business in America was the American Tobacco Company and cotton still remained as the major export of the South.
Finally, the reform efforts of the late-nineteenth century will pave the way for significant reform at the turn-of-the century. Woman suffrage, temperance movements, social gospel and the poor, anti-trust legislation, universal public education, environmental issues and national parks, along with the power of the press in social reform (i.e. Pulitzer and Hearst)  will become key themes, led by Populists and Labor reformers of the late-nineteenth century.
Happy New Year

Course outline is attached. The grading scale is located in your online grade section.

See the course outline for text information. Garding scale is posted online in your grade section.

The Elements of Style in Oratory

Patrick Henry, Daniel Webster, Henry Clay, Theodore Roosevelt, John F. Kennedy and Martin Luther King are a few of the great orators in American history. Words can inspire, and are essential to the political life of a democracy. You can identify these attributes among the great orators in Greek and Roman history. The three elements of oratory are the following:
1. Judicial Rhetoric: The object is to justify past decisions or events
2. Epideictic Rhetoric: The object is to celebrate or honor the present and look
to the future.
3. Deliberative Rhetoric: The object is persuasive speech focusing on the
present.
All three elements should be included in group presentations. Our debate presentations will come from the website: factsonfile.com
The password is bishopamat
The ID is bishopamat
These elements will be discussed in more detail when debate presentations are assigned.

Apparently, The Post has been scheduled to open citywide on December 12. So, for those who want to complete the enrichment project, you can view the movie on the weekend of December 12-15. We will have a review session on December 16 at lunch.
However, you need to view Darkest Hour during the holiday season. I will check your note cards connected with the assignment on December 9. However, we will discuss that film at the December 16 lunch session.
Again, you must view both films to earn credit. 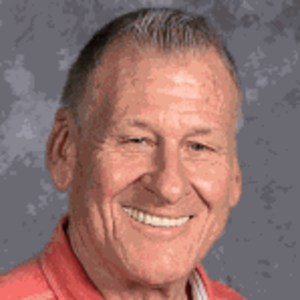 Ron is author of several academic articles, book reviews, and two books on southern California history. He is formerly the editor of the Branding Iron, an historical journal of the Los Angeles Westerners. He is also the author of the 50th anniversary history of Bishop Amat High School. The school is history is available for purchase from the Alumni Development Office. All proceeds from sale of the book go toward the school fund.