The Pat Haden Award is presented to the student-athlete who best typifies the athletic and academic ability that Pat Haden and other Amat Graduates have made part of the Amat tradition.

Athletes who may qualify for the award must maintain a 3.5 GPA or higher, be a starter in two or more sports, named First Team All League in one sport and be the current recipient of a Scholar Athlete award from one of their sports. The recipient of the award is then chosen by the athletic director and principal.

Pat Haden graduated from Bishop Amat in 1971. In his last three years at Amat he and his teammate, John McCay, made high school football history. Pat set CIF records for completed passes in one season - 224, a high school career mark of 527 completions, most touchdowns passes in one season - 42, and most passing yardage in one game - 470. He and John were named CIF Football Players of the Year in 1970. In addition, Pat played first string on a championship basketball team. In his four years at Amat his cumulative GPA was 3.74. Pat went on to play quarterback for USC and was the 1975 Rose Bowl Player of the Game. He was also awarded a Rhodes Scholarship.
Pat Haden Award Recipients 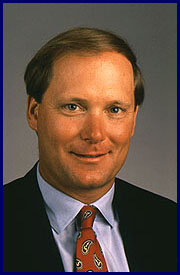